Carbs in Bread: What you NEED to know!

How many carbs are in bread? This step-by-step breakdown shows how many carbs you’ll find in 10 different types of bread - be it white, granary, or a bread roll!

Who doesn’t love bread? It’s a staple for people all over the world. But with so many varieties, shapes and sizes, it can be tricky to work out the carbs.

Well, we’ve got you covered. Let’s run through 10 common types, and we’ll reveal which bread has the highest amount of carbs at the end of this article.

A medium slice of bread (white, wholemeal or granary) contains around 15g of carbs, and thicker slices contain around 20g.

Remember to count the carbs in toast toppings like jam, marmalade, honey and chocolate spread, as they can add a significant amount of carbs to your breakfast.

While a small bap has around 25g of carbs, a large one has more than double that, at 50 to 60g. If you’re eating out, a typical burger bun has 40g of carbs, and a hot dog roll around 20g. 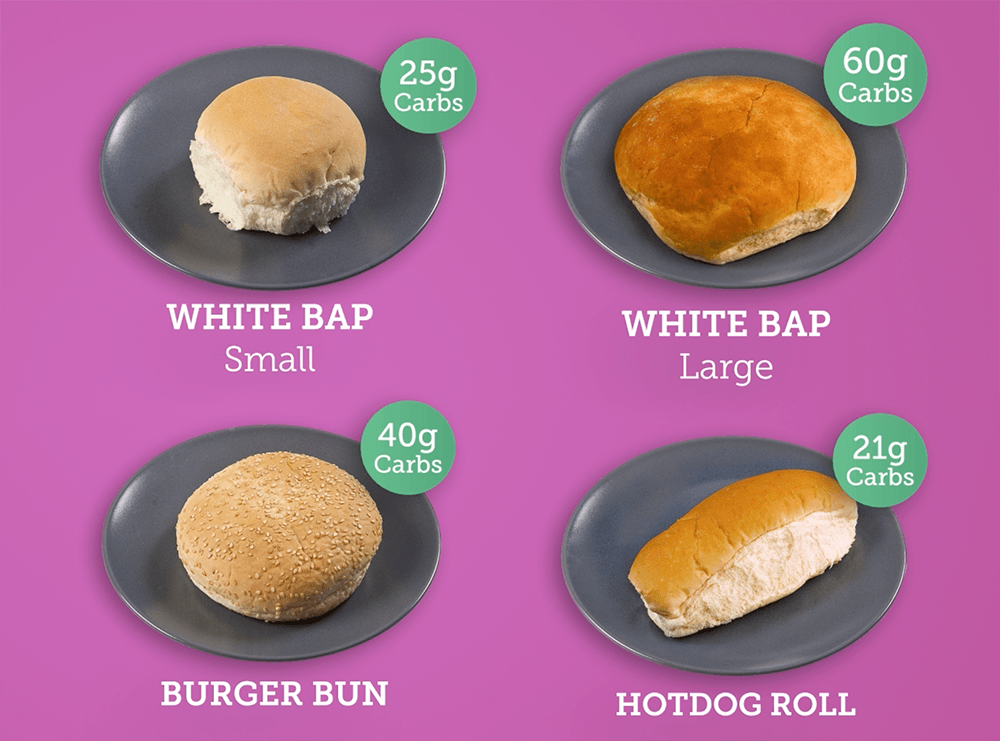 1 inch of baguette equates to 10g of carbs. Useful to know when estimating the carbs in garlic bread slices, or cutting a chunk of baguette.

Due to their density, bagels have more carbs than you may think, at 50g. And even a bit more if it’s a sweet or raisin bagel.

Next we have some lunchtime favourites. Ciabattas and paninis have a typical carb content of around 50g.

And a large tortilla, used for fajitas, burritos and wraps, contains around 35g of carbs.

Remember to count the carbs in the fillings, such as rice, beans, salsa, sweet sauces and chutneys. 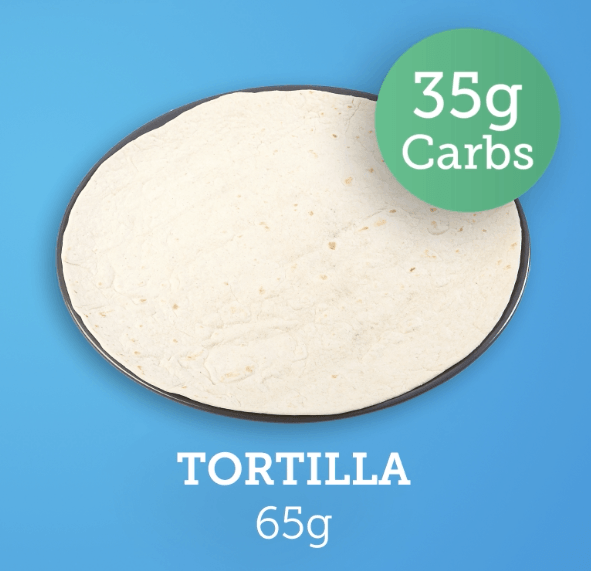 Chapatis and parathas are made in a variety of sizes, but a typical chapati comes in at 15 to 20g carbs, and a paratha between 30 and 40g. 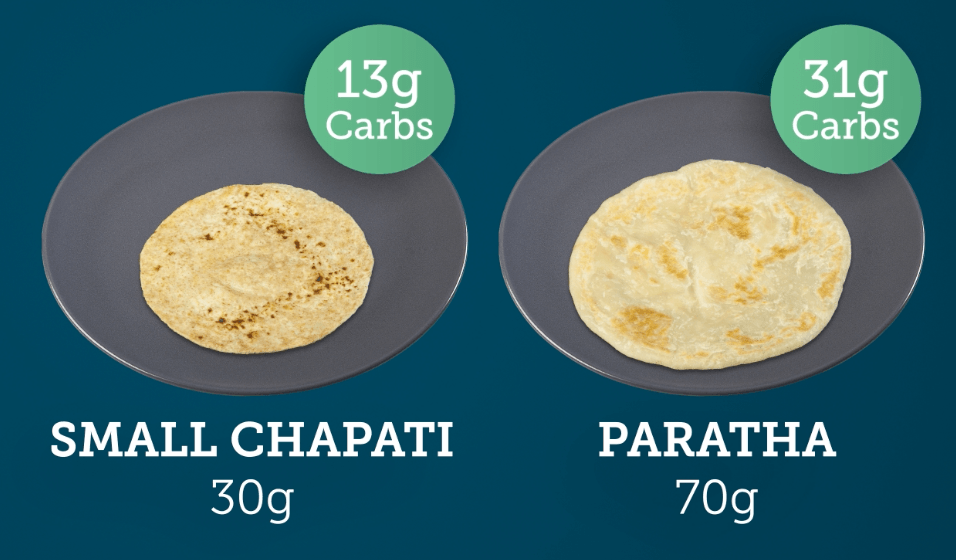 Is a poppadom a type of bread? …yeah, why not! Small ones have 4g of carbs, and large ones 7g. These may sound like low numbers, but try having just one poppadom next time they’re placed in front of you! They can be irresistible, especially if you’ve got the munchies waiting for that delicious curry to arrive!

And the carbs can soon add up – chomp through 3 large poppadoms and you’ve just added 20g of carbs to your meal. Plus, remember to add the carbs from the mango & sweet chutneys too!

Useful to know for that Friday night kebab! You can see here that the majority of carbs in this kebab are coming from the pitta bread.

Which bread has the most carbs?

But which type of bread has the highest carb content? All the varieties so far have ranged from 4g (a small poppadom) to 60g (a large bap). But there’s another type that has even more…

The 10th bread is an Indian takeaway favourite for sure. It is, of course, the naan bread.

While a small one has 30g, a full-size naan can have 70g of carbs or even more.

So consider sharing your naan with your nan (if she happens to be there) or anyone else! 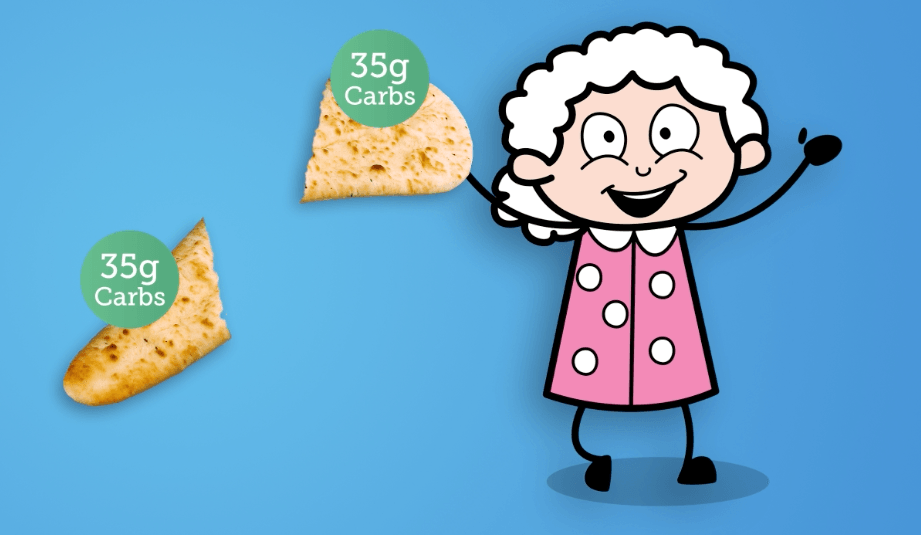 The easiest way to count carbs in bread!

All the foods shown above are from the Carb & Calorie Counter and World Foods books and Carbs & Cals app. 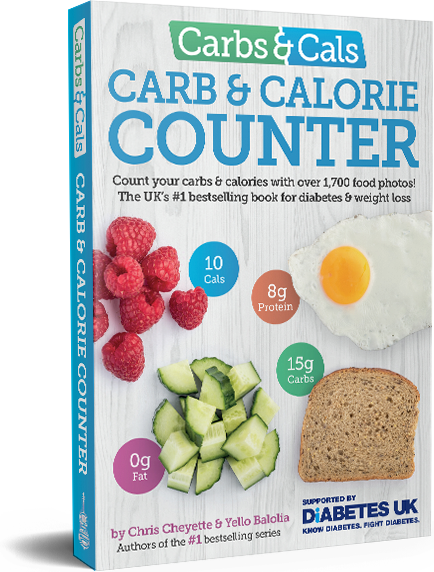 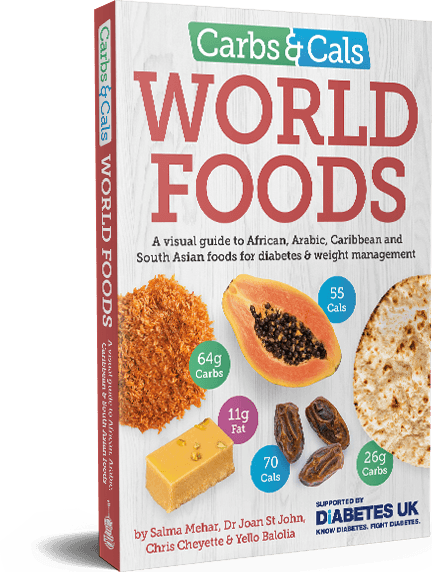 Try the App FREE for 14 days 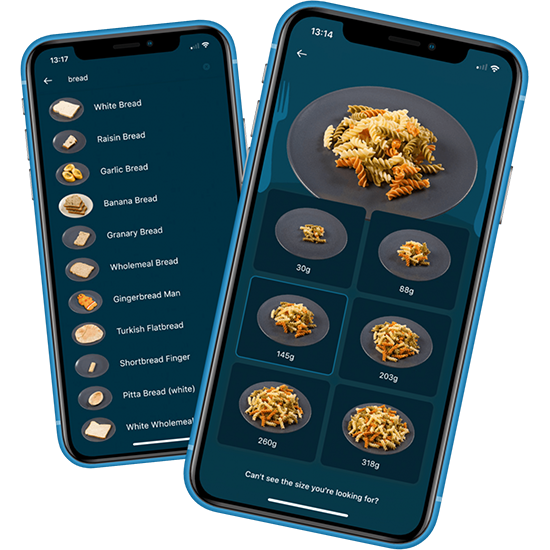 Make sure you subscribe and press the bell, so you don’t miss any videos.